The Challenges of Embedding Coaching

The Challenges of Embedding Coaching

Increasingly organisations are expecting their managers to become good at coaching. 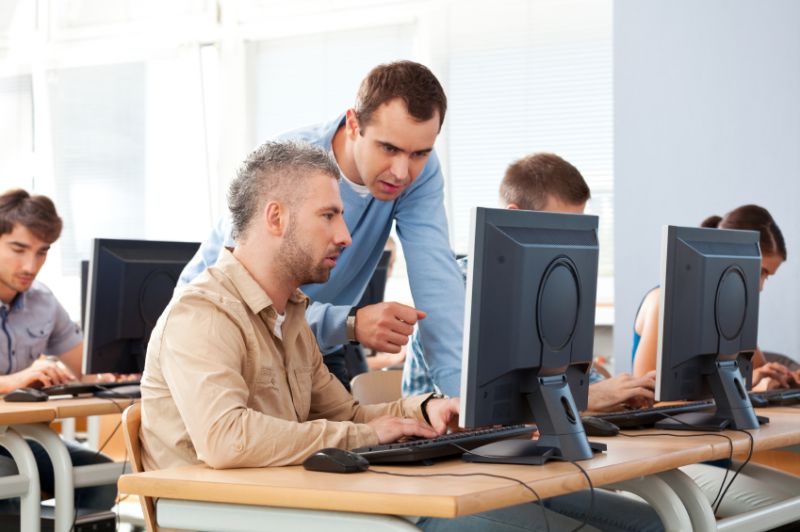 When we have asked managers on our programmes to tell us about their prior experiences of coaching, the most frequent examples given are watching their favourite sport, either on television or at weekends and when they or their children take part in sporting activities. Generally, in these situations, they see coaches who often have a very high profile, shouting instructions and imploring their teams to give or do more. These individuals often seem to expend more energy than the players they are trying to help and frequently communicate an enormous amount of tension and agitation. Or, managers may talk about a teacher who “coached” them or a significant figure they encountered when they were learning or taking part in a particular activity, like learning to play the piano for example.  Often on investigation these “coaches” turn out to be teachers or activity leaders who were usually subject experts and who inspired them with their knowledge in a particular field. Relatively rarely do managers share examples of having been coached during their working life by a boss, team leader or project manager. Even more rarely do they share examples of having worked in a coaching culture where it was “the way we worked with each other”.

This reality is often the starting point – what coaching is and what good coaching looks like is not part of the frame that many managers have. The lack of good coaching role-models is common. For most, the frame that they more readily and frequently describe is that of bosses acting as experts and constantly providing (their) solutions and advice in a top-down way.

This experience, however, is often described in a less than positive way. People feel controlled and under-utilised. It is frequently a cause of complaint and frustration for people. The obvious conclusion, and the first lesson for anyone looking to implement or create a coaching culture, is that it is much easier to begin to coach if you have worked for or are working for someone who coaches you. As a senior executive expressed it to me the other day – “if you tell your son not to drink Coca Cola and yet you drink it all day yourself, don’t be disappointed if he drinks Coca Cola”. Getting senior managers to walk the talk so far as coaching is concerned is crucial if it is going to take root in the organisation. Coaching will not develop if senior managers continue to tell others not only what needs to be delivered but also how it should to be delivered. By all means give the “what” (we need to improve our conversion rate by 25%) but allow others to shape the “how”. They may surprise you!

The importance of what is happening around them and the way they are being managed themselves are not the only factors that inhibit managers from using coaching. There is also the challenge itself of learning how to coach. To coach well takes practice and time. Far too often managers in a top-down organisation are told to coach more, given two-days training if they are lucky and then expected to go back to their teams and start coaching. Even the most enthusiastic converts, who buy-in to coaching as a way of working, are going to quickly realise that what they did on the training course is not so easy when they are sat with their own team members and trying to coach them. Additionally, there is the enormous problem of trying to coach people who previously you told what to do. They are inevitably going to be suspicious of this “new approach”.

Like any new skill, coaching needs to be built up. It starts with the key skills of listening, questioning, observing and giving feedback. It then moves on to acquiring the skill of coaching on the spot and in pre-arranged settings. After any coaching  training course managers then need to do it for real, to give it a go. This is when they need to be able to access support when it gets difficult or they meet individuals who refuse to take responsibility and continually ask to be told. In most cases trying to coach difficult people is given as a major de-motivator for the new coach.

Generally, managers will respond positively to the chance to develop their coaching skills. They see the possibility to get others to step up and therefore work more on the priorities of their role. Even the most committed top-down, “I know best” manager will usually see quite quickly that people could be more engaged if they were allowed to take more ownership of what they do. They also see it as the chance to turn round difficult people. Even when this mindset change happens, however, the acquisition of coaching skills will take time and will inevitably be accompanied by setbacks as well as breakthroughs. It is this need to accompany the new coach and help him or her come through the inevitable early difficulties that is so important and so frequently not appreciated by organisations. All coaches know that “Rome was not built in a day”. Even so many organisations still expect their managers to become coaches and develop a coaching culture in the equivalent of a day, or even worse, an afternoon on a general management course.

It is for this reason that the Contact Consulting on-line coaching platform is being launched. It is designed to accompany our face to face programmes and provide the new coach with the support and resources needed to develop their skills. This is done through staging the learning, in other words reflecting so far as possible the typical experiences and challenges that the new coach will experience as he or she moves to a level of coaching competence – what we call the coaching journey. Accompanying the manager in this way allows coaching skills to take root because resources and tools are made available to help with the typical challenges the new coach experiences.

The online coaching platform will be launched very soon. If you would like to receive details please click here

Everyone knows that crises bring opportunities as well as threats. If you are one of the thousands of business leaders who are now actually experiencing a crisis, what is your mindset and how is it sh...

Do you show enough empathy and compassion? We have supported our clients in this area with our webinars and interactive small group sessions...